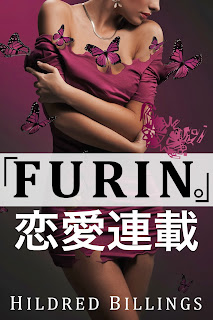 Aiko has never had many crushes in her life, but when she does crush, she crushes hard - like for Haruka, the woman who once stole spouse Reina’s heart for a night. Unable to explain her desires for the tomboy, Aiko nevertheless embraces the moment when she is paired with Haruka at a key party event. But how will she convince the young woman that there is nothing “furin,” or adulterous, about their union? All of Aiko’s years of life in the swinging world is about change the lives of one couple forever!


Haruka looked at the wall, hands tossing in her lap. She’s probably wondering what her girlfriend and my spouse are up to. “Aiko-san,” she said, still turned away, “it’s not that I don’t think you’re a pretty woman. You’re very attractive. Well, my heart belongs to my girlfriend. I came  here tonight because she wanted to come. She said she wanted us to try something new in our relationship. Maybe I shouldn’t have gone along with it.”
“Nothing you two do tonight could take away from the fact that you love each other.” Aiko wrapped her fingers around her neck, massaging the ache in her muscles. “She’ll love you as much when you leave as she did when you two came here. The sex people have at these parties… well, every couple has their reason for coming. Some actually get off having someone else paw their partner once in a while.” God knew Reina was like that.
Haruka flinched. That’s not what she wants to think about. “Why do you and Reina-san come to these things?”
“Ah.” Aiko snorted. “My spouse comes because she likes being with many women, and having me be with many women as well. It’s her nature. I knew that when I got into a relationship with her. I admit, in the beginning I came with her because I wanted to make her happy. In those instances, I wouldn’t let her go with someone alone. I wanted to be with her. Now I come to these things for my own desires as well. Like you love yours, I love my spouse with all my heart. She’s my partner, and she’ll be mine and I hers until the day we die. But we don’t believe that exploring our sexualities with other women diminishes our love for one another. It’s about honesty and being open when it comes to our sexual desires. It’s easy with Reina. I feel like I could talk to her about anything in the realm of sex and what I want.”
Haruka listened the entire time, her head slowly turning back toward Aiko again. “I guess it’s never something I thought about before.”
“When I was your age, I hadn’t either. It’s taken me many years to fully embrace that part of me that can be like Reina.”
“It feels so… furin to me.”
Aiko froze. That word – adultery – was not one she took lightly. Just a few months ago she felt that such a transgression occurred when Reina slept with Haruka without permission. “Haruka-san,” she said gently, fighting with her gritting teeth to retain her composure, “furin is when you go behind your partner’s back and lie to them. When you want to hurt them, or don’t care about their feelings. None of the couples here are committing furin.”
“I know that. I have no qualms about how couples define their relationships. I mean, I admire your and Reina-san’s relationship.”
“Oh?”
Haruka did not say anything more.
“Anything you do here is something you can share with your girlfriend.”
Still, she said nothing.
Aiko gathered her bearings. “Haruka-san, I am very attracted to you.”
Not a single word came out of Haruka, but she did make one sound. A tiny gasp huffed out of her throat, but she managed to check her pursing lips and widening eyes. I almost missed that. Aiko could push her luck further.
“I would very much like to have sex with you.”
A cymbal, a boulder, even a car could not crash into Haruka and budge her from that spot she planted herself in. But Aiko’s words did make an impact. Haruka’s pink cheeks became deadly white, and her eyes glazed over, full of the thoughts and implications of what Aiko just said. Was that a bit forward of me? She smirked, hiding it behind her fingers.
“Aiko-san…” Haruka tugged on her jacket sleeves. “I had no idea….”
“Why not? You are too humble. You’re a beautiful young woman, Haruka-san. You have good style, and a great figure. And by all accounts I hear, you’re an all-around great lay.”
“Aiko-san!”
“I’m sure your girlfriend agrees with me.”
“I… I don’t know what to say.”
“Then don’t say –”
“Other than I am attracted to you as well.”
Aiko closed her lips.

Amazon
Posted by Hildred Billings at 12:55 AM No comments:

Just a short blip to let everyone know that, after technically two days (but on the same day! woah!) I am back in my home in America, smattered with jet lag. I'll get back to work really soon, and you can expect a new release this Friday! (Only about a week late. Oops.)

Also! Stay tuned throughout December for a whole slew of flash giveaways! Make sure you pay attention to this blog, my tumblr, and my Facebook for flash paperback giveaways! You won't want to miss them. ;)
Posted by Hildred Billings at 5:31 AM 1 comment:

"TOKOIRI." is free until Monday! (Last Chance ever!) 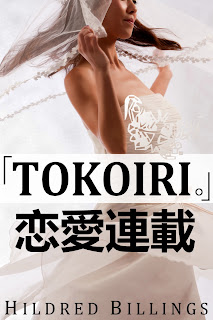 Until Monday TOKOIRI will be FREE on Amazon!This is your last chance to ever grab it for free, so get it while it's hot! (And it totally is!)
Posted by Hildred Billings at 11:31 AM No comments: 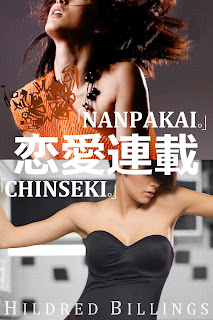 For this week only, NANPAKAI / CHINSEKI will be a part of the Kindle Countdown Promotions, meaning it will be a nice 99 cents as opposed to $3.99!

Grab it while it's hot! (And trust me, it's hot. We're talking about my favorite RR shorts here!)

Amazon
Posted by Hildred Billings at 6:32 AM No comments: